Investment implications – the weight of the evidence

The future: gloomy or prosperous?

The debate concerning the prosperity of future generations is never ending, especially in the context of investing. In the real world, prosperous periods have often taken an unexpected turn for the worse. For example, heading into 1914, the consensus in Europe was pointing to a bright future. From The Wall Street Journal: 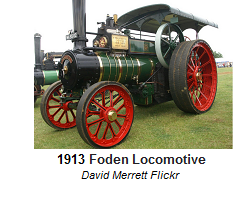 The world swept away had been a rising and increasingly constructive one, where total war was unimaginable: “Europe in the summer of 1914 enjoyed a peaceful productivity so dependent on international exchange and cooperation that a belief in the impossibility of general war seemed the most conventional of wisdoms.”

In the summer of 1914, the peaceful productivity in Europe was threatened after the assassination of Archduke Franz Ferdinand of Austria set off a chain of events that eventually led to World War I. From History.com:

The world’s first global conflict, the “Great War” pitted the Central Powers of Germany, Austria-Hungary and the Ottoman Empire against the Allied forces of Great Britain, the United States, France, Russia, Italy and Japan. The introduction of modern technology to warfare resulted in unprecedented carnage and destruction, with more than 9 million soldiers killed by the end of the war in November 1918.

Just as negative turns can occur more rapidly than most anticipate, periods of economic weakness and pessimism can be followed by unexpected periods of economic expansion and prosperity. For example, the U.S. economy was so unsettled in the late 1970s, the term “misery index” was used regularly during the 1976 presidential campaign. The misery index is the sum of the unemployment rate and inflation rate. After President Nixon’s resignation, Gerald Ford took office in September 1974 with a misery index of 17.85%. The index peaked at 19.9% a few months later. From The Bancroft Library at the University of California, Berkeley:

In January 1980 the U.S. economy entered a recession that, at the time, was the most significant since the Great Depression. One of the causes of the early 1980s recession was the Iranian Revolution of 1979, which sparked a second large round of oil price increases. More important, however, were Federal Reserve Chairman Paul Volcker’s efforts to tame inflation through restrictive monetary policy, which had the expected effect of dampening economic growth. The American economy experienced a modest recovery beginning in the summer of 1980 but declined again from July 1981 to November 1982. 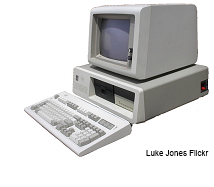 While there are numerous reasons for the economic turnaround that occurred in the early 1980s, advances in technology played a key role. From IBM:

On August 12, 1981, at a press conference at the Waldorf Astoria ballroom in New York City, IBM Lab Director Don Estridge announced the IBM Personal Computer with a price tag of $1,565. Two decades earlier, an IBM computer often cost as much as $9 million and required an air-conditioned quarter-acre of space and a staff of 60 people to keep it fully loaded with instructions. The new IBM PC could not only process information faster than those earlier machines but it could hook up to the home TV set, play games, process text and harbor more words than a fat cookbook.

Having worked on Wall Street for over 20 years, I can confidently state that economic and geopolitical gloom-and-doomers are always easy to find. What they often fail to consider is the possibility of unexpected technological advancements. From The Wall Street Journal:

In the speculation on what the new technologies will look like and do, robots and artificial intelligence remain front and center, at once wished for (who likes making beds?) and feared as job-killers. We haven’t seen a fraction of what is possible in information and communication technology. But the most unexpected advances may come from less glamorous corners, such as material science. One example is graphene, a sheet of very thin carbon whose molecules can be arranged to make it either the strongest or the most flexible material on earth. It conducts electricity and heat better than any material ever discovered. In the future graphene is likely to replace silicon in transistors, solar cells and other applications we cannot yet imagine.

2014: no shortage of geopolitical concerns

In recent months, investors have been worried about developments in Gaza and Ukraine. On Saturday, August 9, President Obama dampened expectations for a limited and short-term U.S. role in Iraq, which could add to uncertainty when the financial markets open Monday. From The Guardian:

Barack Obama has committed the US to long-term involvement in Iraq, warning that the rapidly evolving crisis in the north would not be solved quickly. US aircraft have targeted armoured vehicles and militant positions in a second day of strikes against Islamic State forces. A mix of US fighters and drones attacked and destroyed armored personnel carriers after Yazidi civilians near Sinjar came under attack from the vehicles, US central command said.

History tells us to remain open to all outcomes

How does all this help us from an investment perspective? The point is the future is highly uncertain. Geopolitical events can cascade at unexpected speeds. Technological advancements can be a powerful force for rapid economic advancement.

A highly uncertain and almost impossible to predict future calls for a high degree of investment flexibility. If an investor entered the 1980s with a bearish bias, they may have missed one of the greatest bull markets of all time (see chart below). Conversely, many were blindsided by the rapid changes that took place in Europe during World War I. 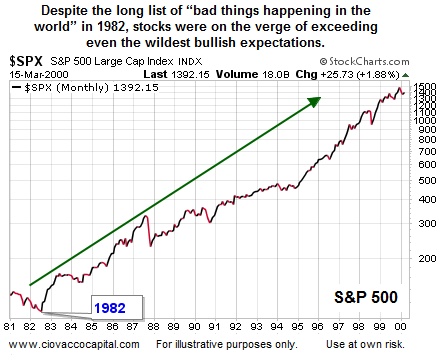 Were there fundamental problems in 1982? Yes, a brief refresher list is provided below:

(3) The DeLorean Motor Company was put into receivership.

(4) The U.S. placed an embargo on Libyan oil imports.

Staying in the present is the key

If predicting the future is difficult, then what can we do? Focus on the hard data we have in hand. If paying attention and making portfolio adjustments as needed is new to you, these articles expand on the concepts:

Investment implications – the weight of the evidence

While U.S. equities rallied strongly Friday based primarily on positive developments in Russia and Iraq, we need to see more than a one day bounce. Therefore, we continue to run a fence-sitting strategy with stock exposure (SPY) being offset with a large cash position and modest exposure to bonds (TLT).

If the S&P 500 can “prove it” by closing above 1965-1970ish, we will be much more willing to take an incremental step back toward growth-oriented assets, such as technology stocks (QQQ). From a bearish perspective, if support levels outlined in detail on August 7 are breached on any sustained basis (more than a day), our market model will call for further additions to cash and reductions on the stock (VTI) side of our portfolios. We will enter the new week with a flexible, unbiased, and open mind. The markets will guide us if we are willing to listen.

END_OF_DOCUMENT_TOKEN_TO_BE_REPLACED

Why the next 3 months are the market’s worst

Call it the end of summer doldrums. According to S&P Capital IQ, since 1980 August has been among the worst of all losing months – averaging a 4.38% decline. The firm’s chief equity strategist Sam Stovall blames the drop on vacationing traders. Their absence broadens the impact of any kind of market jarring events such as we saw last week.

Stocks so far seem to be holding on with their fingernails, but the only months that perform worse than August are… September and October. Stovall chalks it up to “third quarter earnings reporting season in September, mutual funds end up rebalancing their holdings, doing some window dressing, getting rid of some of the dogs.” He adds markets may bounce back come October.

Now throw in the fact that it’s been 34 months since the last correction (versus an average span between pullbacks of just 18 months.) Stovall says it maybe time to start resetting those dials, “we’ve gone almost three times as long as without a decline of ten percent or more as we have on average since World War 2. ”

One reason for the delay in the correction is the good run we’ve seen in earnings results. S&P predicted 6.6% earnings growth on average for the second quarter, and now they are seeing a 10.2% increase from a year earlier. Stovall notes the U.S. right now looks pretty good compared to the rest of the world.

“Growth is expected to be improving here in the U.S. whether you look at economic growth or earnings growth, it does appear to be a little more attractive and a little more stable,” he says.

How to avoid investing in ‘evil’ companies